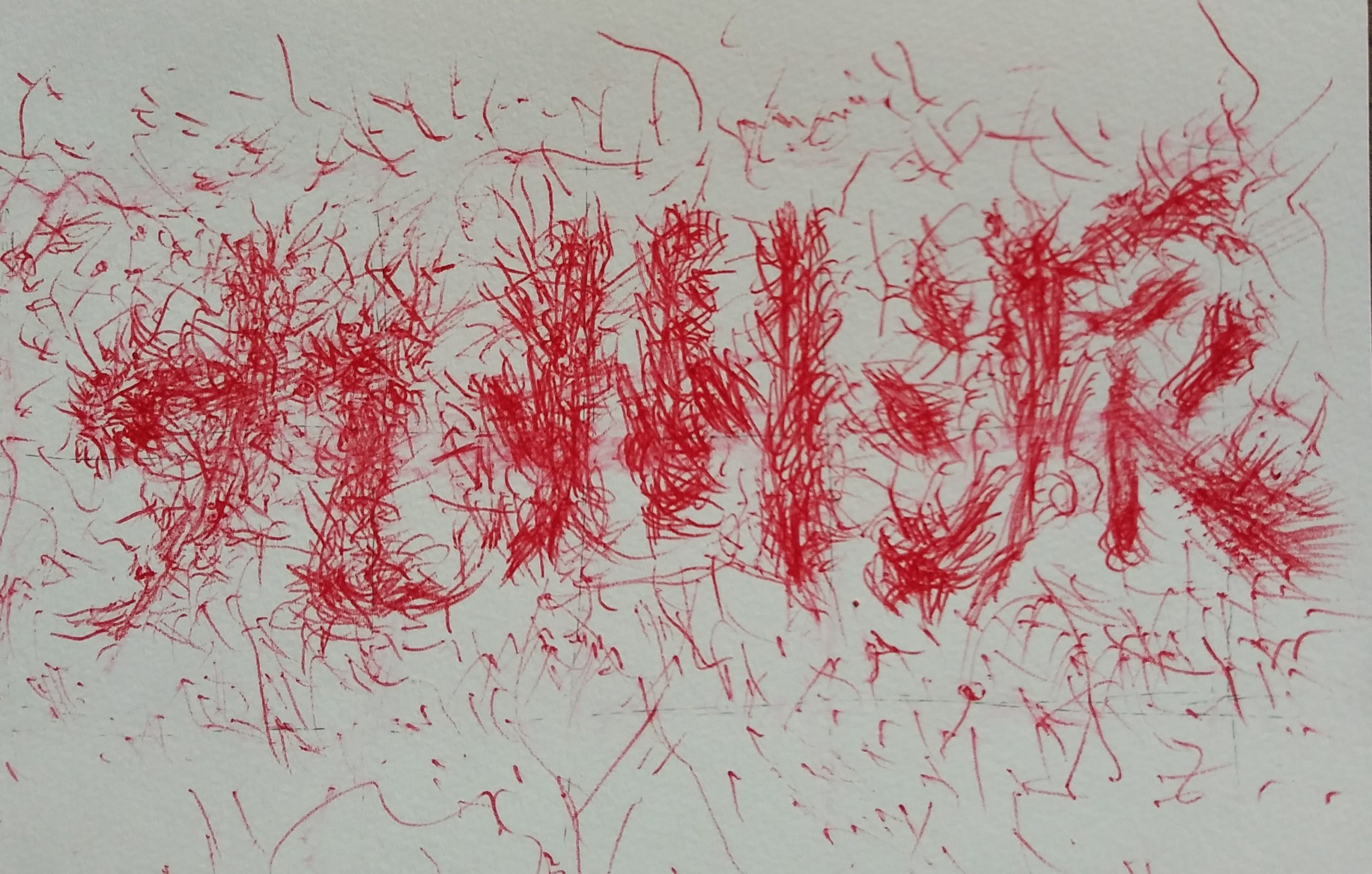 Among all the groups that came out of Japan after the war, none evoked the energy of hot magma gushing from a deep geological formation like Kyushu-Ha.
Ichiro Haryu

As for GUTAI and Kyushu-Ha, in the art movement from the Unformel whirlwind to the end of the Yomiuri independents, the fact that this local artist group played the most radical role in art has never been seen before in the history of modern Japanese art.Yasunao Tone

Hakata Hankyu September 2020 Kyushu-Ha – Then and There – You can see it in VR video.→VR view 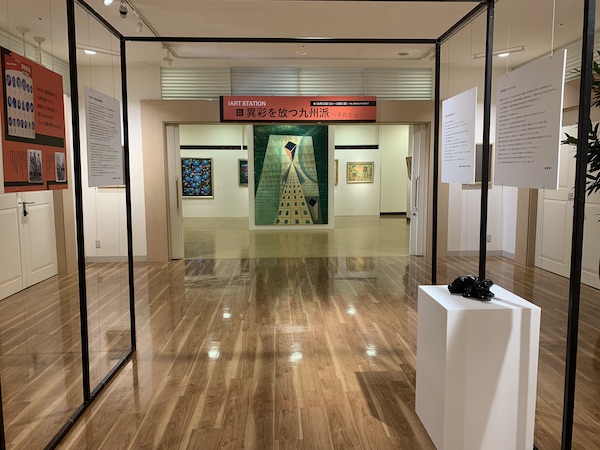 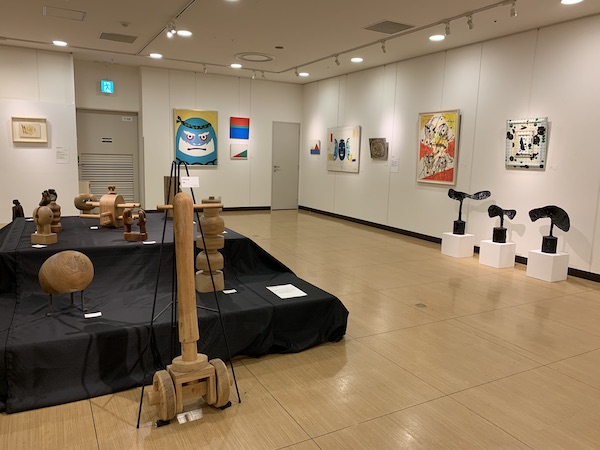 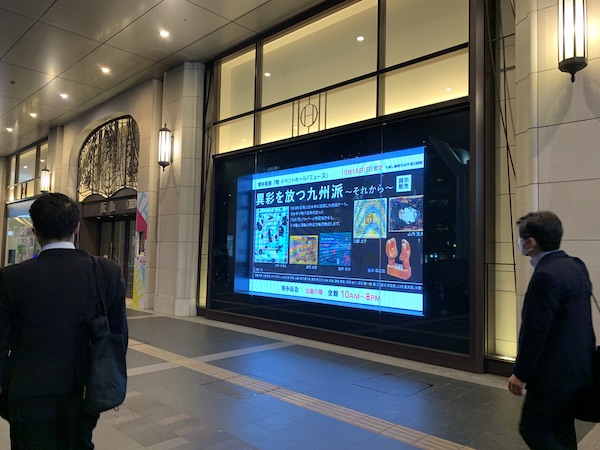 We can say that we are now at the beginning of an art movement.
We have given our art movement the name “Kyushu-Ha,” but this is merely a regional description of the place where we create our art.
Our fundamental attitude is to explore the possibilities of art to the fullest extent, without any preconceived notions.
From contemporary science and society to ethnicity and individuality, and from a methodological standpoint as well, there is a mountain of issues that we must confront through art, such as realism, abstract, and en formant.
What we at the Kyushu-Ha aim to do is to tackle and solve these problems, and to create truly unique art of our own.
(Kyushu-Ha Bulletin #1)

1957
the avant-garde art group “KyushuーHa” suddenly appeared in Fukuoka, Kyushu.
They were anti-art, anti-central, and anti-public exhibitions.
Asphalt and coal tar
be used instead of paint.

They are developing a movement with a novel and powerful appeal.

to break down the stagnation of modern society through the power of art.

We will also use our contemporary information tools to communicate the subsequent art activities of Kyushu-Ha and its members both at home and abroad.

About Kyushu-Ha
From the late 1950s and early 60s, changes in the art world began to take place both nationally and internationally and a wide variety of art appeared. Around this time various Avant-garde groups were founded in Japan; not only in Tokyo, but various other cities as well.

Young artists dissatisfied with the traditional art system formed a new group and started releasing energetic, experimental works that couldn’t fit into such categories as “painting“ or “sculpting“.

The “Neo Dada“ in Tokyo and the “Gutai“ in Kansai are representative of that time, but above all the “Kyushu-Ha” formed in Fukuoka City is one of the most distinctive groups of that time. “Kyushu-Ha” was formed by Takami Sakuraiand Ochi Osamu and it can be said that their characteristic is the approach of looking at artistic expression and everyday activities from the perspective of an ordinary person. In other words, art is brought down to daily reality, and conversly, everyday coarseness is raised to the level of artistic expression.

Most members of Kyushu-Ha did not receive a special art education, which is why they were strongly aware of being „ordinary civilians (workers)“, when among „painters“. At the same time the labor union movement represented by Mitsui Miike was on the rise in Fukuoka Prefecture and it seems that their ideology resonated with members of Kyushu-Ha.

The Kyushu-Ha artists used scrap wood and waste, but their most characteristic material is Asphalt. Ochi Osamu discovered this method while working at a publishing company and almost all members of Kyushu-Ha used it. Asphalt was easy to obtain in Fukuoka city, where urbanisation began to advance because it was cheap. Moreover, it had a unique luster and dried quickly. The shiny black colour was associated with Miike’s coal and the energy of workers, who supported the modernisation of Japan, which is why this material became a Kyushu-Ha trademark.

In the beginning of their formation Kyushu-Ha tried to call attention to their existence by frequently holding exhibitions in Tokyo and by holding independent exhibitions to reorganise the local art scene. However, due to the difference in awareness of “Avant-garde” the group experienced a major division at the end of 1959.

Eventhough Sakurai tried to rebuild Kyushu-Ha, due to the ideological background being established on Mitsui Miike’s labor dispute, with the defeat of the union in 1960, Kyushu-Ha itself also lost its energy, and lastly ended their activities by participating in a group exhibition in 1968.

Kyushu-Ha placed more emphasis on the effect and degree of appeal of their work rather than the preservation; there are many works that take the form of actions rather than a solid shape, which is why there are very few still existing art works. Due to this, Kyushu-Ha had been conceiled by a legendary veil for a long time.

In 1988, the “Kyushu-Ha One Anti-Art Project” was held at the Fukuoka Art Museum, and the full story was made public. The “Kyushu-Ha Taizen“ edited by the same museum was published in 2015 and Kyushu-Ha started gathering attention worldwide

Nikkei news paper 10th May 2020 What is Kyushu-Ha?（2）article article